It’s time to address the apprenticeships mismatch for young people 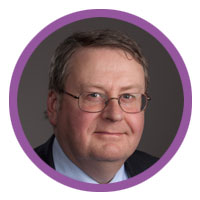 There is a growing mismatch between the Government’s policy commitment for apprenticeships to be a key route for post-16 study and actually delivering the numbers of apprenticeships needed to achieve this. The Government urgently needs to review the design of the current apprenticeship system to ensure that reality matches the rhetoric.

While early indicators do suggest apprenticeship starts for under-19s may have picked up in the autumn, it is not clear that any increase will be sustained as current incentives for employers to take on new apprentices will expire on January 31. The key question here is how likely is it that an increase in starts sufficiently redresses the decline that has happened to date?

There are several actions that should be taken to boost apprenticeships so they drive skills development and open up vital training opportunities for young people. In addition to the existing £1,000 incentive for taking on an under-19 apprentice, the Government should give immediate consideration to continuing to offer the apprenticeship employer incentive currently set at £3,000 for each new under-19 apprenticeship start. This would be a divergence from the current incentive (which is available to all age groups) but would go some way towards ensuring a sustained growth in apprenticeships. This would benefit not only the prospects of young people, but in helping to provide a more secure apprenticeship pipeline, would support the ambitions of the Government’s Skills for Jobs white paper.

The House of Lords Youth Unemployment Committee report Skills for every young person pointed out that the Government’s public sector target requiring all public sector bodies with 250 or more staff in England to employ at least 2.3 per cent of their staff as new apprentice starts is not being met. This is another area in which the Government should take action by exploring how the public sector could make a greater contribution to apprenticeship growth, especially for under 19s.