Teacher pay award is both too much and too little 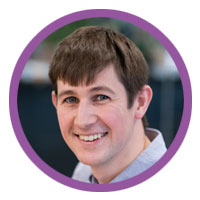 This article was first published in TES on Thursday 21 July.

The increases in teacher pay put forward by the School Teachers Review Body (STRB) and accepted by the Department for Education (DfE) yesterday is the highest for decades. Despite this, the circumstances of the DfE’s decision and the lack of additional funding means it is both too much, and too little.

It leaves some big decisions on public service funding for the new Prime Minister and his or her ministers this autumn.

Too much: can schools afford the pay rise without additional funding?

Increasing the pay of experienced teachers by five per cent, rather than the three per cent initially proposed, brings the total increase in schools’ teacher pay bill up from around four per cent to closer to six per cent. Despite the 6.8 per cent funding increase in 2022/23, with no additional funding, this puts extra pressure on school budgets, alongside other increasing costs such as rising energy bills.

Announcing a higher pay award in the last week of term, when school budgets have been set and signed off, also gives schools little opportunity to do anything other than dip into next year’s funding. The DfE’s evidence to STRB encouraged schools to ‘look at multi-year affordability when planning their budgets’, yet the timing of the announcement did very little to support that.

The influential Confederation of School Trusts, typically discreet in its counsel to the Department, publicly declared the settlement as ‘not affordable within existing resources’ and that it was ‘essential that the government commits to a funded pay settlement’. This indicates the high level of concern about this pay award among leaders of school trusts.

Indeed, affordability is likely to have been a key reason why the DfE only announced the pay deal for 2022/23. The government set the STRB a remit to make pay recommendations for 2023/24 as well, which it dutifully did.

But accepting the STRB’s recommendation of a three per cent rise for experienced teachers in 2023/24 rather than DfE’s proposed two per cent, with a seven per cent rise for new teachers, risked adding to school leaders’ dismay, especially on the same day as school budgets were announced to rise in 2023/24 by only 1.9 per cent.

There is a clear gap in affordability for the Government to solve. The caretaker nature of the current government means that the big decisions are likely to wait until the autumn. But this needs to be a top priority for the new Prime Minister, and his or her Chancellor and Education Secretary.

Too little: the pay rise is insufficient to address the long-term teacher supply challenges

The STRB’s case for recommending higher increases to teacher pay than initially put forward by DfE is similar to the case we at NFER have been making. Our research with the Gatsby Foundation, highlighted that the economic context has changed so dramatically over the last six months, that the initial proposals were made insufficient by the circumstances.

The pay rise can narrowly be seen as being enough, by keeping pace with the increase in average earnings across the economy this year. However, the long view is that, particularly for experienced teachers, pay has lost considerable real-terms value and competitiveness.

Experienced teacher pay has increased by 13 per cent between 2010 and 2021, while prices have risen by 27 per cent and average earnings by 30 per cent. This has harmed retention and led to emerging shortages before the pandemic, which are highly likely to now re-emerge.

Despite its seeming generosity in historical terms, yesterday’s pay award did very little to address the underlying loss of competitiveness. It is likely to maintain the status quo of high numbers of teachers leaving and under-recruitment across many secondary subjects, but not to improve the long-term attractiveness of teaching.