By Jack Worth, Lead Economist at NFER and Nabila Jiwa, Principal at Richmond Park Academy

This article was first published in ASCL's Leader Magazine on September 8 2022. 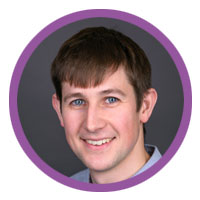 Research over many years has consistently shown that teachers and leaders from ethnic minority backgrounds are under-represented in the teaching profession. Yet, ensuring there are equal opportunities for people to enter teaching, and progress within it, is vital for ensuring the profession is representative of society.

Diversity at every level of the school workforce is valuable for pupils, teachers and society, fostering social cohesion and ensuring pupils experience and thrive in an inclusive environment.

Extensive qualitative research has highlighted the barriers faced by ethnic minority teachers in entering and progressing within the profession. There has also been quantitative data, but the evidence to date does not paint a clear picture of the areas of the school system where ethnic disparities are currently greatest and where improvements are most needed.

Recently published research from the National Foundation for Educational Research (NFER), in partnership with Ambition Institute and Teach First, provides a comprehensive overview of racial equality in the school system.

Greater disparities in senior leadership
One of the authors of the report, Jack Worth, said, “We use data on the whole teacher career pipeline – from applications to initial teacher training (ITT) to promotion into headship – to gain detailed insights into where ethnic disparities in progression are greatest.

“The data clearly shows that under-representation of ethnic minority groups is greatest at the senior leadership and headship level. But this alone does not automatically suggest that efforts to address under-representation should be solely focused on addressing disparities in headteacher promotions.”

“Indeed,” says Jack, “A key finding is that ethnic minority teachers face disparities in progression throughout the teaching career pipeline. The most significant ethnic disparities in teacher career progression occur during the earliest career stages, especially in ITT.”

Jack believes significant action is required right across the system to address the under-representation of senior leaders from ethnic minority backgrounds. In particular, he believes that “by addressing the barriers in early career stages would enable more representative cohorts of teachers to progress within the teacher career pipeline and into leadership.”

Everyone's responsibility
He said, “The data shows that people from Asian, Black and other ethnic backgrounds are over-represented among applicants to postgraduate ITT, suggesting there is no lack of interest in entering teaching among these groups.

It is the significant disparities in progression between ethnic groups, says Jack, that results in the pronounced under-representation at senior leadership and headship levels.

He stipulates that these disparities typically arise during processes within organisations, such as recruitment, selection and promotion. However, he said leaders and decision-makers in ITT providers, schools, colleges and trusts can play a central role in addressing ethnic disparities.

“Leaders need to create environments where trainees and teachers from diverse backgrounds are equally able to thrive, and need to be supported and equipped to make equitable workforce decisions,” says Jack.

Jack said, “Our research provides a basis for focusing attention on the particular areas of the system where disparities are greatest and further action should be targeted. Identifying and implementing action will require individuals and organisations to engage with a range of diverse voices and perspectives to understand the action that is needed.”

He believes that “leaders and decision-makers, including governors and trustees, are crucial to promoting the action that is required to make progress towards achieving racial equality in the teaching profession.”

Time to act
Like many of her peers, Principal Nabila Jiwa was concerned, frustrated, but sadly not surprised by the latest findings in NFER’s research on ethnic disparities in teaching.

If these trends persist, she says, “there will continue to be an under-representation of ethnic minorities in teaching overall, and at senior leadership level in particular, leading to a teacher workforce that does not reflect our society, or the students we are here to serve. We need to take action to avoid this, to understand why our schools do not match our wider society.”

Nabila says, while it is heartening to see high levels of interest in teaching from people from Asian, Black, and other ethnic backgrounds, lower acceptance rates onto courses is worrying and points to a systemic issue. She said, “this report is a good start but more needs to be done to understand why this discrepancy exists and what we can do to change it.

“And once we have people from all backgrounds training to be teachers, we need to be sure we keep them in the profession.” She highlights that retention of teachers from ethnic minority groups needs to improve at all levels of the profession, and “we need to be sure that these teachers are being promoted to senior leadership positions at the same rate as their white counterparts.”

Nabila said, “The fact that this gap grows with leadership progression is nothing new. Personally, having progressed through the education system for the past decade, I have not seen representation of myself in any leadership positions and I know colleagues from similar backgrounds have had the same experience.”

“We know the importance of role models for our students, but there is no question that the same applies for staff.” The research shows schools with more diverse leadership teams have better representation amongst their staff, which Nabila believes is something we must encourage.

Nabila says, “This is not about blame, but about improvement, about making sure that changes are made and that teachers from all backgrounds feel supported as teachers.”

She says we need to use this report to be more transparent in publishing our data, more introspective about the issues preventing progression, more proactive in addressing them and more considered when making recruitment decisions. And she believes, “The time for change is now.”